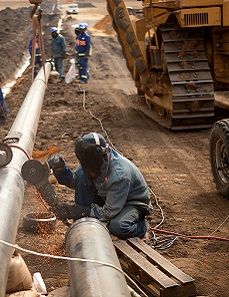 Africa has the youngest population in the world, with 200 million people ages 15-24. Current trends indicate that figure will double by 2045. Youth Employment is growing in prominence on the agenda of the African Union (AU), a coalition of 54 Member states established to help bring about “an integrated, prosperous and peaceful Africa, driven by its own citizens and representing a dynamic force in the global arena.”

Well before 2045, the continent will have more people of working age than either India or China. In the coming decade alone, it is estimated that 122 million people will enter the workforce. According to the World Bank, today youth account for 60% of all unemployed Africans – which leaves only a quarter of the labor force with stable, wage-paying jobs.[1]

Despite increased political attention to youth employment in Africa and a high activity level on the part of a plethora of actors, a prominent weakness has been the absence of systematic coordination of efforts toward concrete, measurable outcomes – such as improved educational quality, increased employment, and better working conditions.

Role and Priorities of the African Union

The African Union (AU), comprised of 54 Member states across the continent, was established in 2002 to help bring about “an integrated, prosperous and peaceful Africa, driven by its own citizens and representing a dynamic force in the global arena.”[2]  The AU is headquartered in Addis Ababa, Ethiopia. Its Assembly is composed of Heads of State and Government or their duly accredited representatives. The AU Commission (AUC) is responsible for executive functions and includes eight Departments, each headed by a Commissioner. The AU’s eight Regional Economic Committees, established via a treaty in 1991, constitute the key implementing arms of the AU in their respective regions. Each REC generates its own priorities based on continent-wide pillars.

Youth employment is growing in prominence on the AU’s agenda, as reflected by the upcoming Extraordinary Session of the AU Assembly in Ouagadougou, Burkina Faso, in September 2014. The Session will focus on the theme of “Employment, Poverty Eradication and Inclusive Development,” reviewing progress made and challenges faced in implementing the AU’s 2004 Ouagadougou Declaration and Plan of Action on Employment and Poverty Alleviation.  A Draft Declaration re-affirms the AU’s determination to reduce the unemployment of youth and women by 2% annually for the next decade, along with other commitments.

The AU has laid out a strategic vision for addressing the youth employment challenge, under the framework of its new Strategic Plan 2014-2017,[3]  which defines overall goals as well as specific outcomes and results representing concrete and annualized targets that impact directly on the welfare, lives, and livelihoods of Africans in all walks of life.

Partner Support to the AU

The AU now faces the challenge of coordinating and aligning the activities of a broad set of multilateral and bilateral partners to support its strategic priorities. This task is growing in complexity, particularly given increasing investment by South-South partners – including  Brazil, China, India, and Turkey – either in direct support of the AU or at a regional or bilateral level.

Supporting the AU in this role, the U.S. Mission to the AU, based in Addis Ababa, provides budgetary and technical assistance under the U.S.-AU Assistance Agreement. As one component, Workforce Connections is assisting the AUC Department of Human Resources, Science, and Technology (HRST) on actions related to youth employment and education. A project team visited Addis Ababa from March 1-12 to conduct a stocktaking of partner activities in support of AU priorities and to advise HRST on a mapping of partner support for education across the continent. A forthcoming Workforce Connections report, now under final revision, will share findings, including information collected on:

Conscious of the challenges inherent in harmonizing the efforts of diverse actors, Workforce Connections looks forward to a continued partnership with the AU to promote coordinated action in support of its strategic goals.